So there seems to be a small bit of confusion over my level of work ethic from last night. After I was professional enough to allow Corey and her husband into DNA to start with she apparently (using words from a friend of hers) "ran around the club all night proclaiming her future innocence when she and you (me - Jay) get into it later".

Now... I had no real issue letting them in. I didn't say a single word to either of them. I only touched them both once to put the handstamp on their wrist. I even went so far as to ensure that I wasn't posted inside while they were in the building specifically so I didn't have to deal with -any- sort of drama from this. What it all amounts to is that I went to a fairly large amount of effort to treat then like I treat everyone who goes ther that I don't know, and even some extra by avoiding being inside. Keep in mind through all of this that I had been told that if I felt it would be a personal issue that I simply should not let her in to start with.

There's a level of maturity that I require from people that want to interact with me. Until she starts displaying it, she remains written off.

My phone is not currently working. If you have tried to get ahold of me since Friday morning, I simply didn't get the message. Apologies all around, and I'll let you know when it is working again. :)

If you had the option of showing a movie on the big screen for yourself and some friends, and could choose any movie on dvd what movie would you show?

So. I moved to San Francisco 4 years ago. Completely spur of the moment thing, no planning, couldn't have done a worse job of it. Couldn't have been much better though, so I guess it's turned out ok. It all started when my brother got married and I came out here for the wedding. I expected to be here 2 days, and brought clothes and personal belongings fitting to that... I never left. I house-sat for them while they went on their honeymoon for 2 weeks, then couch-crashed until I could reasonably afford to move out. I moved in with

childewolf. During the year and a half that we lived together I met some amazing people. Far too many to list on here since I realized that it's nearly half my friends list... Somewhere in there I met a girl previously known as CollapseyLamb and we moved in together. She moved out back in October and I have since then been living by myself until very recently when

rabbitron moved into my living room. :) Lovely roommate by the way. Everyone seems surprised when I say that, but honestly I'd rather be living with him than any of the roommates I had back in Albuquerque.

So most of this is information that you all already know. Let's go back a few more years and I'll build you a decent depiction of what lead up to all of that.

About 9 years ago I moved out of my parents house. I was working at AOL at the time, was supporting myself reasonably well, and was just starting to date this girl named Katie (

kirke013). I met Katie because one of my best friends (Jonnie) was fucking her roommate Andee. Jonnie, Andee, Katie, and myself were all out at coffee one night for the first time. Jonnie introduced me to Andee, who then introduced me to Katie. (Whom I found out 15 minutes later was the daughter of my 8th grade gifted teacher...) All 4 of us headed back to Katie and Andee's apartentment to watch a movie. Jonnie and Andee locked us out when they got there first and proceeded to scamper directly to the bedroom. This left Katie and I outside on a brisk April night. (It snows in April in Albuquerque.) She and ended up walking around a park near her apartment for like 4 hours trading compliments and testing each other's sense of humour by making rather lewd comments. Needless to say, we hit it off rather well. Cussed out Jonnie and Andee thoroughly when they finally let us in the apartment, despite the good time that she and I had been having. ;) I slept in her bed that night, and every night following for about 3 years. So when I moved out of my parents house, I moved in with Katie, our friend Justin, and our other friend Nick. Justin I have since then lost track of, but I'll catch you up on Nick in a moment. Jonnie and Andee ended up moving to Arizona and then breaking up. Both are married with children by other people now. Good for them. Nick I just saw over the weekend and is doing well. Katie was the one who stole my heart. Literally. I really don't think I've loved anyone as deeply and truly as I did her. I can say that because I still love her. She and I dated for almost 3 years to the day and then broke up due to mostly circumstances. Looking back on it now, neither of us can really remember why exactly we broke up.

There's one person reading this besides Katie who was there the entire time and knows all of this already.

ogredrew, speak up if I get a detail wrong. :)

So after Katie and I broke up I was single. For a very long time. Until after I moved to San Francisco. She started seeing someone a few months after she and I broke up though. I was crushed. I cried. I listened to a lot of Jim Croce and Cruxshadows and didn't sleep much. Yeah, I messed myself up pretty good there for a while. I moved out here to San Francisco in June of 2004. She got married about the same time. Had a son on September 27th of 2005 named Tristan (yes, the day before my birthday). Got divorced not long after that. Long story that I'll let her tell if she feels like it.

It basically comes down to this: She never stopped loving me, nor I her. I'm not moving back to Albuquerque. She's not moving to San Francisco. Somehow, this is going to work. I refuse to be that fucking stupid and let her go again. Tristan has only just begun to affect my life. :)

She and I met about 9 years ago now, dated for the first three and then haven't seen each other for 5 except this last Saturday and Sunday. It amazes me still how things fall back into place when they're supposed to be there. Her son is adorable and I'll be sticking links up at some point to both of them. Coming also are all the pictures I took while in Albuquerque, as well as while driving a 26' truck across Arizona. I'm in Southern California right now and will be home tomorrow. I am happy to be going home, but I could be -so- much happier about it.

To those of you with delusions about how all my exes hate me, or how I'm universally the one being dumped: Go fuck yourself, I have enough friends to not have to work for you as one. To the family of mine who somehow decided to listen to my crazy ex about how I'm abusive: Go fuck yourself, I'll make a new family somewhere else. The least I would do for my family would be to hear their side of things before making a judgement call on their behavior. You can apologize, or we won't talk. The ball is in your court.

You know what you can do with that cut tag request? Yeah...

Yes, this journal entry is supposed to be public, there are people who read this that don't have livejournal accounts and would appreciate knowing all of this. Yes, the comments are supposed to be on. I always like knowing what my friends think of my inner turmoil. No, I'm not trolling nor asking for flames. If the people I just told to fuck off would like to comment, I'd appreciate it being in an e-mail or phone call instead.

This morning in the early hours a man named Mike Hall died. He was an editor and columnist for the Albuquerque Journal for many years, loving father, husband, and someone who I would have liked to know better. I've known him for almost 15 years at varying levels.

He is already missed.

Second random picture of the day... this is what happens when I'm bored at work. 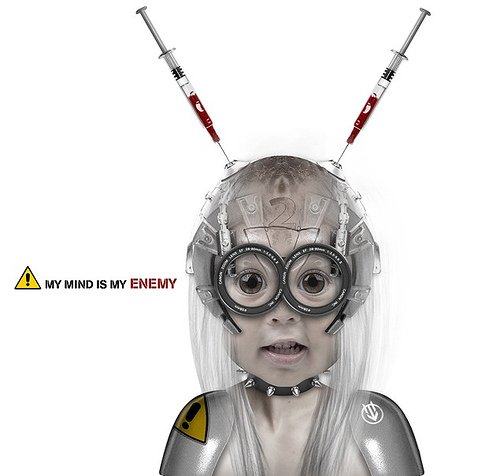 I've just discovered that I have shared clothes with a couple people:
John Adams?!
Wil Wheaton?!

Is there anyone else that I've shared this particular item of clothing with that I'm not aware of yet?

And there's the photo: That's all folks, thanks for playing.

Did finally get ahold of a picture of me from the Halloween bash at DNA. Here's me, in all my bloody gore and glory.
( Collapse )
Photo courtesy of: Neil Girling over at theblight.net.
Collapse